Off to the south!

For most tourist guides, a visit to Ôsaka can be left out when visiting Japan. What a mistake! The capital of the Kansai region has a great deal to offer once you scratch the chaotic surface of this urban monster. Before taking the ferry to the south, you will spend 2 days exploring Ôsaka and its hidden gastronomy, discovering architectural gems and finding out why, in my opinion, this city represents a perfect symbiosis between the modernity of Tokyo and the traditionalism of Kyoto.

Delve into a different world: after your stay in the urban jungle, you will spend a week immersed in the wild beauty of Japan’s south. Following a trip to “Land’s End” at Cape Sata, relax in the sand baths of Ibusuki at the foot of the Kaimondake volcano. Afterwards, take a walk across the solidified lava fields of Sakurajima, the urban volcano of Kagoshima. Then enjoy the thermal springs of the Kirishima massif before hiking into the sacred mountains. According to legend, this is where the messenger of Amaterasu, the sun goddess, descended to earth! 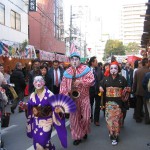 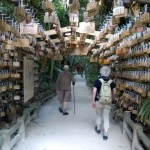 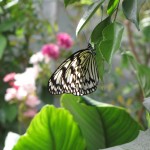 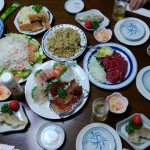 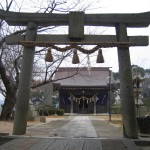 Most of the photos that appear in this description are the property of Fukuchan Ryoko Olivier Baubrand. All rights reserved.
One photo, however, has been taken from Wikipedia Commons. It is titled “Wikipedia” and is subject to the licence CC BY-SA 3.0.
Owners of the rights: Kaimondake © alpsdake.