The Fukuchan Diaries – New highlights of the first two weeks 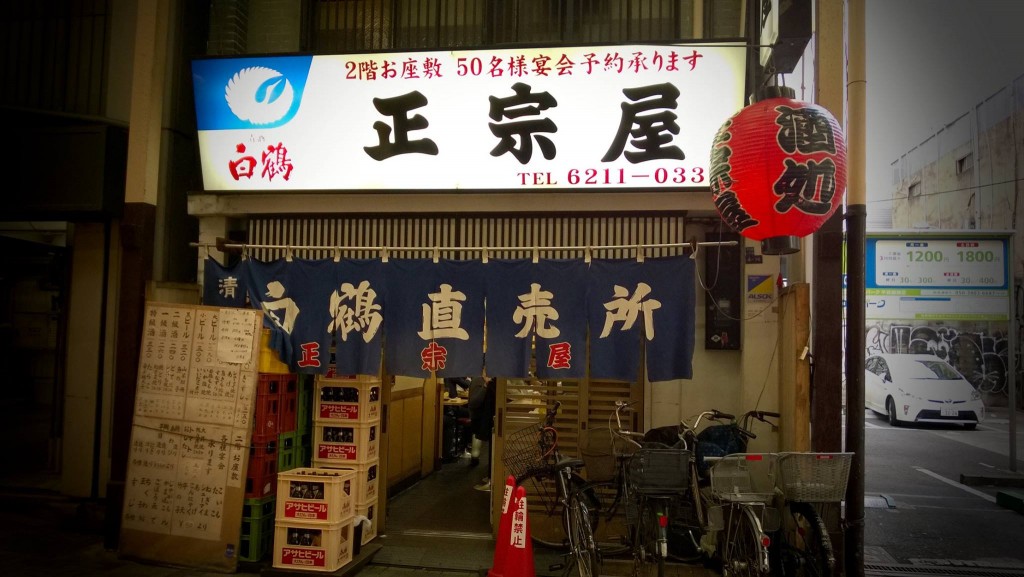 Last monday, I spent a whole day in Sakai, an ancient town south from Osaka, famous for its many handicrafts. In order to optimize my tours around Osaka, I visited various craftsmen (cutler, incense sticks manufacturer, seal maker, etc.) together with a Japanese friend. Thanks to the only tramway lines left in the Osaka area and despite the poor weather, it was a very productive day. After that, we enjoyed a well deserved diner at a pretty good Yakitori Izakaya (tapas bar who serves mostly skewers dishes) accompanied by plenty of Japanese beer!

After my wife recovered from her flight, we went on friday to a monthly event in Shitennô-ji, the oldest Buddhist temple in all Japan. The 21st and 22nd of each month, a big flea market is organized there, with many cheap and excellent food stalls. Furthermore, this time was special, with a religious festival near the turtle pond. For us, non believers, it was pretty boring, but the decorations and the costumes were very nice.

After 1,5 hours, sleepy, we left the festival (who went on for 2 more hours…) and walked around the stalls of the flea market. You can find there many interesting things: for example second-hand kimonos, Kokeshi (wood dolls), sake cups, vintage adverts, etc.

On the afternoon, we went to the center of Osaka, among other things to check the ways between some subway stations for my trip to Shodoshima next week. Afterwards, we made a short break in an Izakaya near Nipponbashi. The atmosphere in this old-established restaurant was great, the good delicious. A candidate for the Fukuchan Osaka Gastronomic Award 2016!

04.24 – Flower beds and monster family in the mountains

Today, while Kumiko went to Osaka for a family feast, I took a bicycle and went for a ride in the mountains around Omoya.

My first stop was a botanical garden with many tulips and lavander fields. I didn’t except such a nice place, it was great. The only problem is the name of this garden, “Recycling Environment Park”. I sounds like a rubbish dump!

Then, I rode towards south until “Chichi Oni” (litterally the father-monster), the starting point of a hiking trail. There, I discovered a nice Shinto shrine with a stunning view on the mountains nearby.

Next week, we’ll move to another place, directly in Osaka and on friday begins my big Shodoshima journey!