The Fukuchan Diaries – A Finland summer tale – Part I 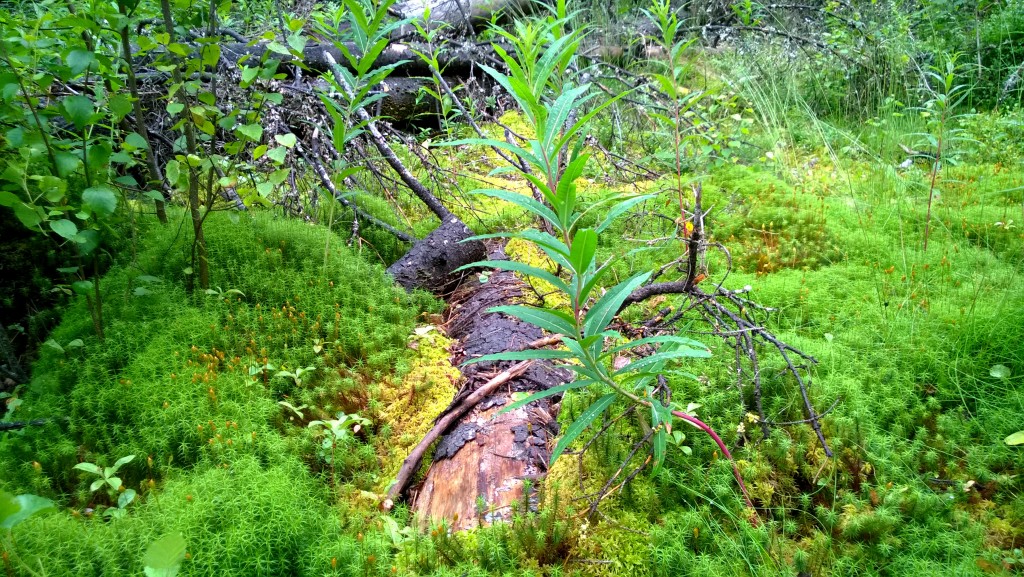 10 days of wet nature beauties, heart-warming hospitality, new friends and great Nordic food, that’s resumes pretty well our 3rd Finland trip.
Here you’ll find the story of the first 3 days. Despite the bad weather, it was once again a great experience. Finland is definitely my favourite country in Europe!

At our arrival in Vantaa, the airport of Helsinki, people everywhere. It was the beginning of the Scandinavian summer holiday and the place was absolutely full. After finding our friend Sauli in this human tide, we drove to his place. He’s living with his wife Anna-Leena in Kauklahti, a district of Espoo, part of the Great Helsinki area. This really old town is crossed by the ancient king’s road which used to connect Stockholm, Helsinki and Saint Petersburg. Until now, it’s not uncommon to find relicts of this past, like golden rings, in the surrounding fields! 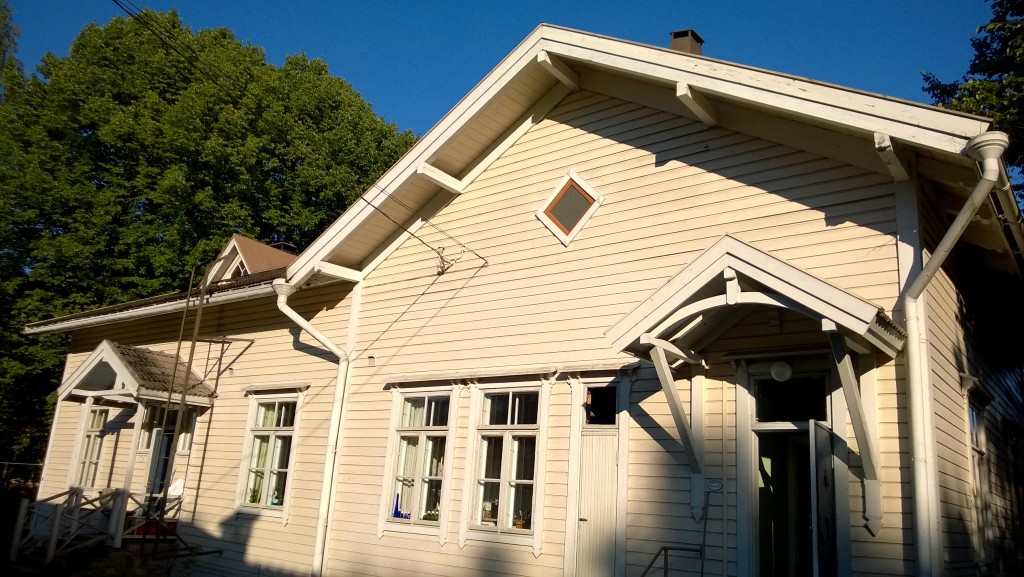 In Kauklahti, we are welcomed by Anna-Leena and the two really cheerful dachshunds of the family. They live in a beautiful old wooden house which used to serve as a lodging place for railway workers. After a meal together and a nice walk in the surroundings with Sauli and the dogs, we then spent a really interesting evening drinking wine with our hosts and another guest, Susanne, coming from Malmö in Sweden.

After a good night sleep in the huge attic, we took a good Finnish breakfast (coffee, cheese, cucumber & jam with delicious rye bread). Then, Tuuli, the daughter of our hosts, brought us to Helsinki by car with her boyfriend. Like yesterday the weather was great, really warm! 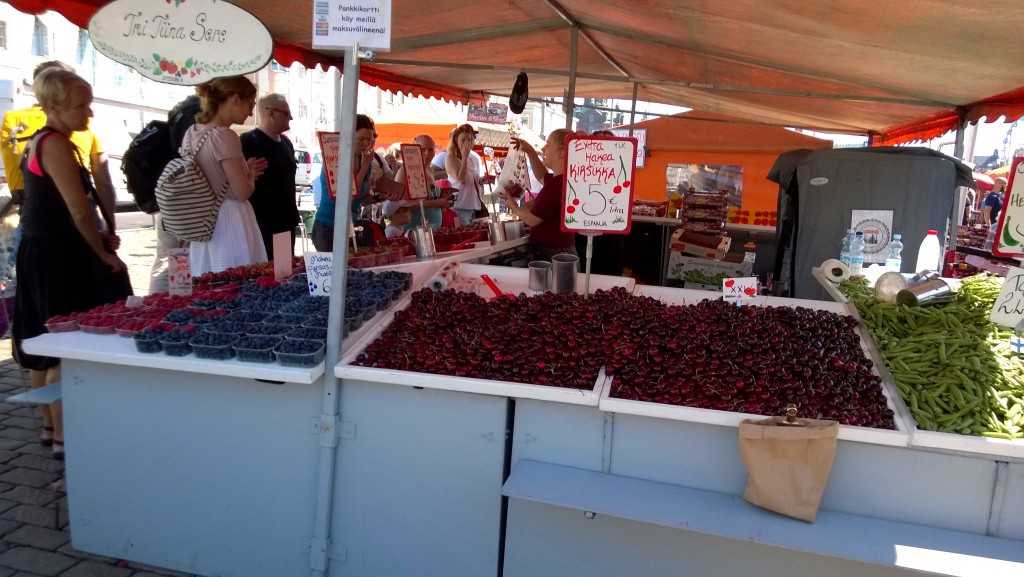 At first we strolled through the main market. There you can buy not only fresh food (many fruits, green beans and mushrooms, all sold per litre!), but also souvenirs like fur hats and of course Moomin goods! You can also eat fresh fish and meat dishes at the numerous food stalls. They almost look like the Japanese Yatai in Fukuoka!
Already hungry, we ate lunch at one of these stalls. We ordered a plate with three different types of fish. It was delicious and not so expensive, but the atmosphere of the place was “ruined” after the arrival of nearly 30 Korean tourists… 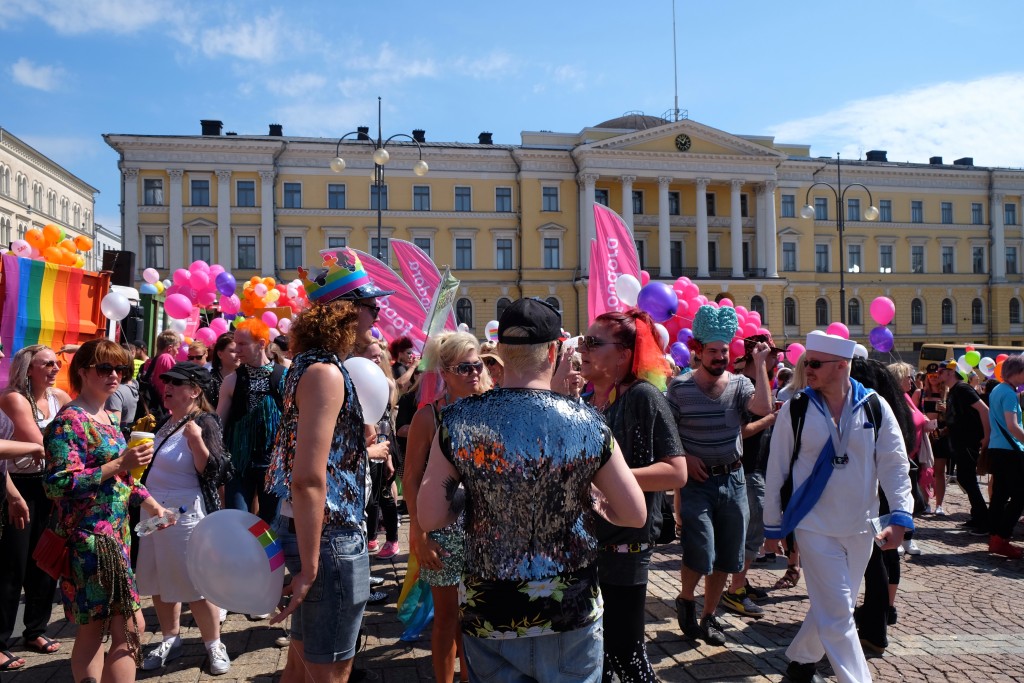 Fleeing the Korean invasion, we then walked to the Helsinki Cathedral and Senate Square where the Gay Pride parade was about to begin. Thousands of balloons, thousands of people in colourful and very funny clothes, many dancing or posing for the photographs. It was a really joyful and peaceful atmosphere! We followed the parade a bit, until the market place and went from there to the coast. Following the coastal road, we admired the splendid scenery, with countless small islands, leisure boats and people walking around eating ice cream. 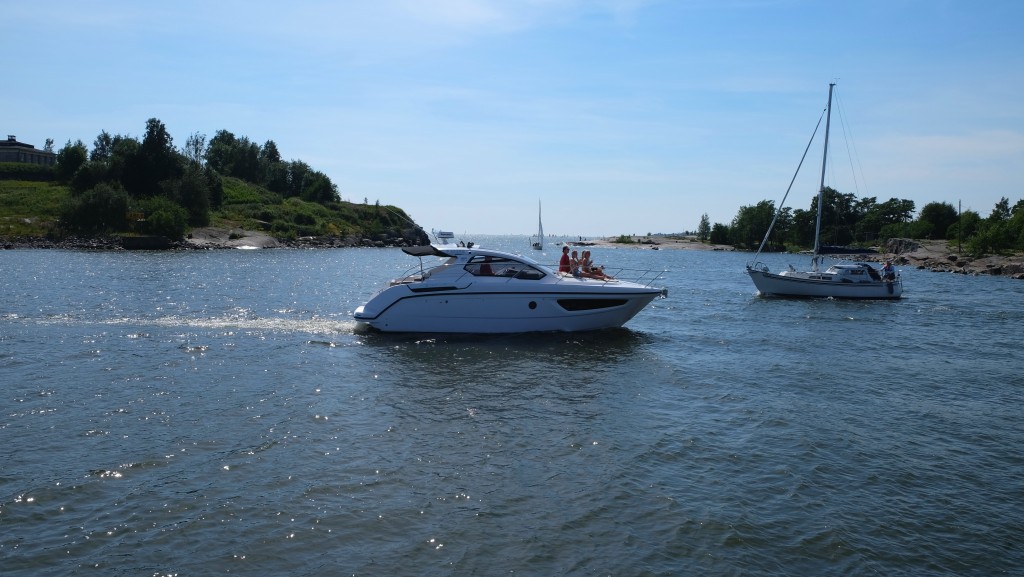 Following this small detour at the sea, we returned to the town centre through streets paved with interesting buildings, presenting various architectures. Afterwards, we went for a last walk in a nice park north of the railway station before returning by train to Kauklahti.

18:00 – Beginning of the garden party celebrating the 60th birthday of Sauli.
Although we didn’t know anyone (apart from some members of the family), we rapidly started very interesting conversations with other guests, coming not only from Finland, but also from Sweden where the family lived once. We enjoyed succulent vegan meals under the trees, chatting with one of our new acquaintance, Tiina, a funny and colourful woman originated from Lapland. 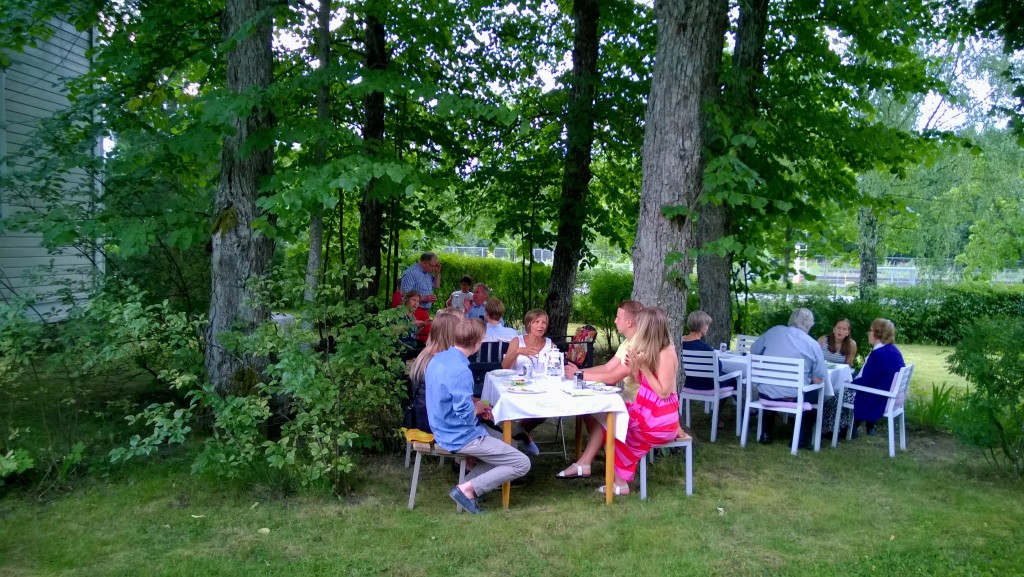 After the dinner, a sudden but enduring rain shower forced the party members to move inside the house. While most of the guests were watching the football match, I went with Otso, the oldest son of the family, to the attic where we started listening to old vinyl records and drinking beer! Joined by a few others, we stayed there until 3 o’clock in the morning!

10:00 am, I’m woken up by piano sounds. At first I thought it was another weird alcoholic dream, but it was only Theo, the son of Otso, playing in the living room! After a good breakfast, we decided to go once again by train to Helsinki with our new Swedish friend Susanne. In town, we first wanted to visit some of the exhibitions organised around the Gay Pride. But gay art wasn’t so interesting for us and unfortunately it began to rain… 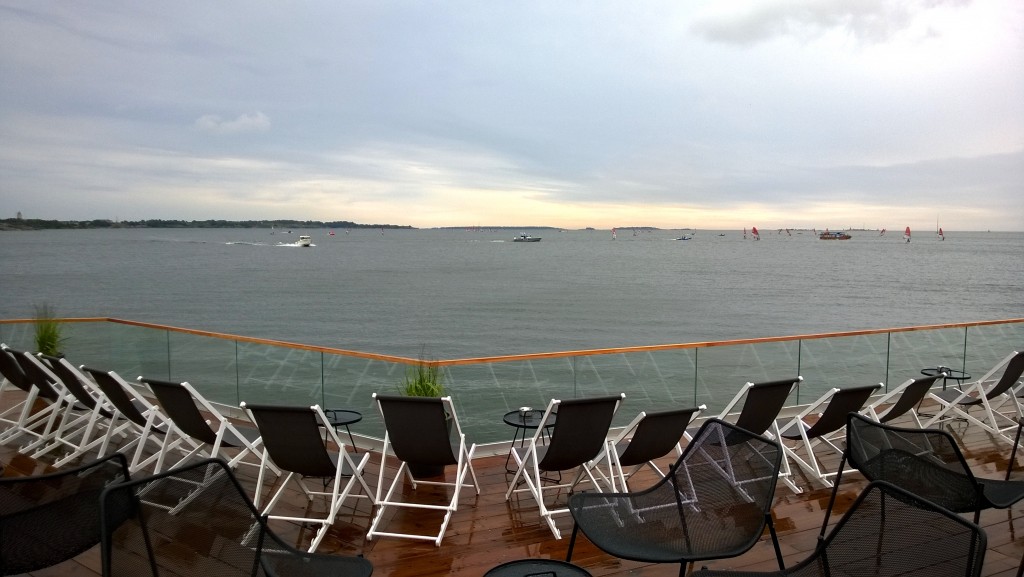 After a short visit of the “hipster quarter”, we travelled then toward south with the tram, to a part of the coast where a new public sauna recently opened. This modern wooden structure, half trendy bar half sauna with a great terrace, was pretty interesting, but under the rain we couldn’t enjoy it that much… We walked then further to a pier where wind surfers were training. One of them was a Japanese woman, what a coincidence! Kumiko talked with her a bit. She was in Helsinki to participate to the windsurfing world championship who started the next day.

Under the rain, we then walked back to the main bus terminal and took a bus back to Kauklahti. On the evening, we watched together the match Island against France. Sadly it was the end of the islandic soccer dream… Nevertheless we enjoyed once again interesting conversations with our Finnish hosts and Susanne and enjoyed the company of the two dogs! 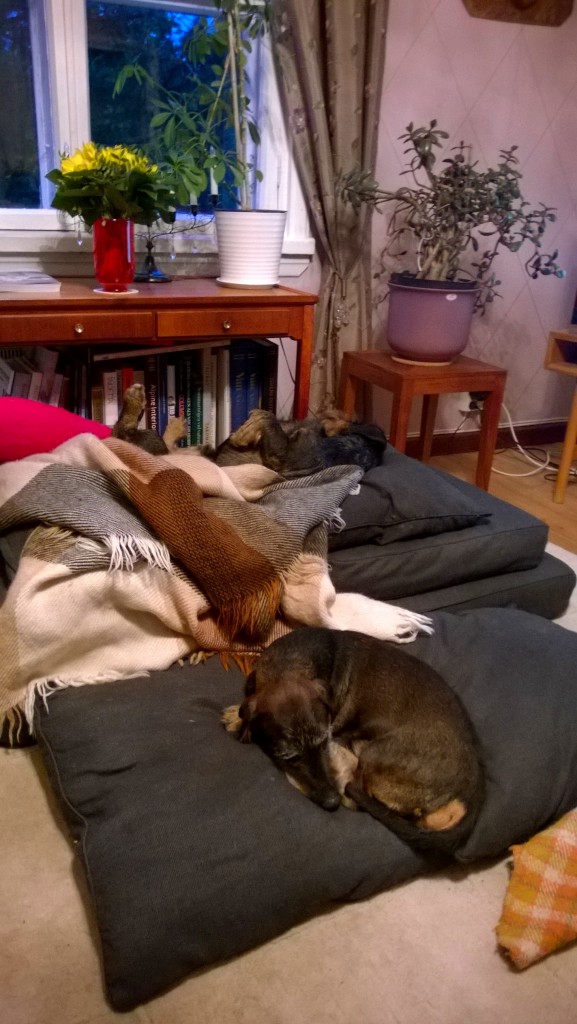