Sleeper hit and 1st glimpse of the next Nippon trip 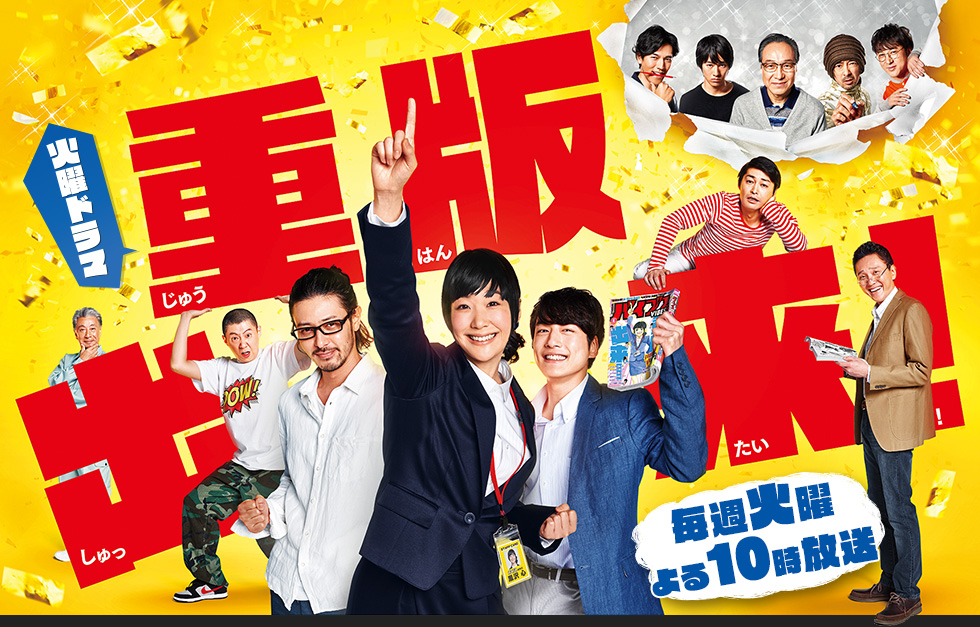 Thanks to my wife, I just discovered my TV drama summer hit 2017, Juhan Shuttai (Sleepeeer Hit)!
Based on an ongoing manga, it tells the story of a former Olympic candidate of judo who starts working for a major manga publisher.
I watched two episodes so far but I’m already addicted! The story is very interesting, giving many insider details about all aspects of manga publishing. All characters have depth and the cast is great with many famous actors as supporting characters and a very talented young actress in the main role. I love her! I can’t wait to see the others episodes!

This amazing series is perfect to shorten the waiting time until my next trip to Japan. I’ve already bought the plane ticket, the journey begins on October the 3rd! This time I won’t fly directly to Osaka but to Nagoya, the 4th biggest city of the Japanese archipelago, home of the car manufacturer Toyota. I don’t know this city at all, I just passed by the main railway station last year. I’m looking forward to exploring this area and try the local specialties!

More information soon about the rest of the schedule. Have a great summer!